Yes, an Eddie Vedder solo effort kick at the CtB offices.
Well, if you've been here before, you probably notice the new digs around the blog. New colors, new layout (more space for my relentless blathering), and perhaps a photo to the right of this posting.
Much like many announcement sessions here on CtB, I'll be hosting a question-and-answer session that will hopefully take care of the many things that are probably on your mind.
So, uh, what the hell happened?
This did: 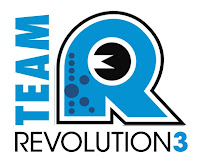 Oh, cool! Errrrr...what does that do for you?
I am officially a member of Team Rev3. The more that I had put thought into the previous season, the more I realized how much Rev3 cared for their athletes and families. Each and every person was treated extremely well. Overall, it was such a rewarding experience. It was everything that I could have hoped for as an athlete. As such, I wanted to be able to share those experiences with my fellow athletes.
So, Rev3 had an open application process for the team. I applied, and for reasons that I can't even begin to explain, I got picked. It's still very surreal to me...and I don't think it'll fade. It's humbling.
So, what does that do for your coaching? You announced previously you'd hired a coach.
That all remains the same. Doug is my coach, and will be. Nothing changes there.
Does this change your racing schedule for 2012?
Yep, sure does! I'll be appearing at Rev3 races across the eastern U.S. My tentative schedule, pending approval from Team Rev3, and the Director of Social Engagements at Crashing the Boards (known as my lovely wife):
May 6: Knoxville, TN: Olympic distance
June 3: Middlebury, CT: HalfRev
August 26: Old Orchard Beach, ME: Olympic
September 9: Sandusky, Ohio: FullRev
Whoa Whoa Whoa!!! I thought you weren't racing a full before going faster at the half?
True. That's what Quassy is for. Also, if I feel like things just aren't coming together, I may wind up doing the half at OOB, and then simply going for team building out to Ohio. I want to be there to support my fellow team members, not just race. It's important to me to be the support system for other athletes, and not merely be the only one looking for support when I'm racing.
So, now that you have this, does this change what you do here at Crashing the Boards?
Negative. I will be continuing to put out my thoughts on training, racing, products, mechanics, and all around ramblings here for you to see.
So, what's next for you?
Well, time to pick up a ski pass, get out on the hill, and continue training my ass off. I have some serious work to do here.
What about the blog?
You'll be seeing a couple of fresh posts this week: a review of my new cycling shoes, a review of the Vibram Five Fingers Bikila, and a recap of some of the feedback that I received after the "What is Natural Running?" post that I had posted a few weeks back.
Posted by Ryan at 3:23 AM

YAY! So excited to have you on the team and looking forward to meeting you. We have a lot of fun when we all get together!

Congrats on joining the REV3 Team! I just took some time to read through your blog, I love the product reviews and in-depth explanations. I consider myself a "running shoe nerd" and I love to soak up all that great info. Good luck, can't wait to meet you!

HI there teammate! No portland on the list, sad. Free place to stay for teammates. If I can't fit everyone in my house we can do a camp out in the yard =) LOL.

Hope I get to meet you soon!

welcome to the team and I look forward to meeting you at the races!