Editor's Note: I received this pair of shoes from Skechers Performance Division for the purposes of review. I was instructed to be honest. No financial considerations were offered nor would they ever be accepted.

I think I speak for a lot of people in terms of my initial reaction to Skechers launching a running shoe product line:

Skechers? REALLY? The folks who put out Shape Ups? Are you kidding me?

Yep. That was my initial attitude in the summer of 2012 as I saw the product line for the first time. I was seeded (read as: given a free pair of shoes; it is a common thing for a brand to do in the industry as hey, if you don't believe in it, you won't sell it) a pair of the GoRun Ride's.

And what do you know, they are actually pretty comfortable. Not great for me (a little too spongy underfoot, not quite moving with my foot) but a hell of a lot better than a lot of other things on the wall.

Fast forward to April of this year, and getting to see the big marketing push as Skechers segmented out the running shoe line in the new Skechers Performance Division at the Boston Marathon.

And then Meb won.

Then they signed Kara Goucher.

So with that in mind, I took a look at the product line, and asked if I could take the GoMeb Speed out for some testing. I figured it would be the ultimate test for the brand. At the end of the day, product is king. If your product sucks, it doesn't matter what elites are running in your shoes or how much you're trying to do for the industry. Your product better damn well be good.

The Tech Babble
Skechers Performance Division (think like the old Bowerman line in Nike running shoes; if it's not Skechers Performance Division or Bowerman in Nike-speak, odds are you're not looking at technical running product) started out introducing a line-up based on "M-Strike Technology." The "natural running" movement had really taken off, with the Saucony Kinvara, the Brooks PureProject, and New Balance Minimus product line really moving.

That being said, SPD took the tack of trying to offer more than just a "minimal" shoe. They would offer more of a range than simply going after the lightweight/minimal end of the market.

There are multiple shoes in the product line; this is their order from least to most cushioning: the GoMeb Speed, the GoRun Bionic, the GoRun, the GoRun Ride, and the GoRun Ultra. There will be more shoes launched throughout. They also range in offset from 0 to 8 millimeters.

The focus of this test, the Speed, features a 4 millimeter offset. This is similar to one of my favorite flats, the Saucony Fastwitch. The Speed features a mid foot shank of Hytrel, which gives the shoe some beef under the mid foot. A lot of times in racing shoes, the flexibility results in a shoe that gives up platform stability and efficiency. In theory, this is not the case here.

SPD, much like Pearl Izumi, does not use a "secondary" cushioning system like Air, Gel, or DNA. Instead, they rely on their blend of foam. In this case, SPD calls theirs Resalyte. Resalyte is an injection-molded compound, which according to SPD provides "memory retention [to] help absorb impacts." The beauty of foams, like the one SPD uses, is that each brand can spec different durometers, different air volume in the compound matrix, etc. that provides a unique ride.

The upper is seamless on the inner, with most overlays either printed or heat-molded onto the shoe. This in theory reduces the chances of blistering, as there are fewer places for the foot to really rub against a firm section on the interior. I wound up wearing the black-and-gold edition seen above.

The Speed weighs in at 6.8 ounces in a men's size 9. To put that in perspective, it's .9 ounces lighter than a comparable Saucony Kinvara. Versus my go-to flat, the Saucony Fastwitch, it is .1 ounces lighter. As an aside, the Speed ran large, and so I wore a 12.5. This will not give a true comparison on weight to a Fastwitch, as I wear a 13 in it, so I won't try to argue the merits. Besides, it's .1 ounces. I would never be able to tell the difference.

Enough Babble. How was the run?
In a word: brilliant. 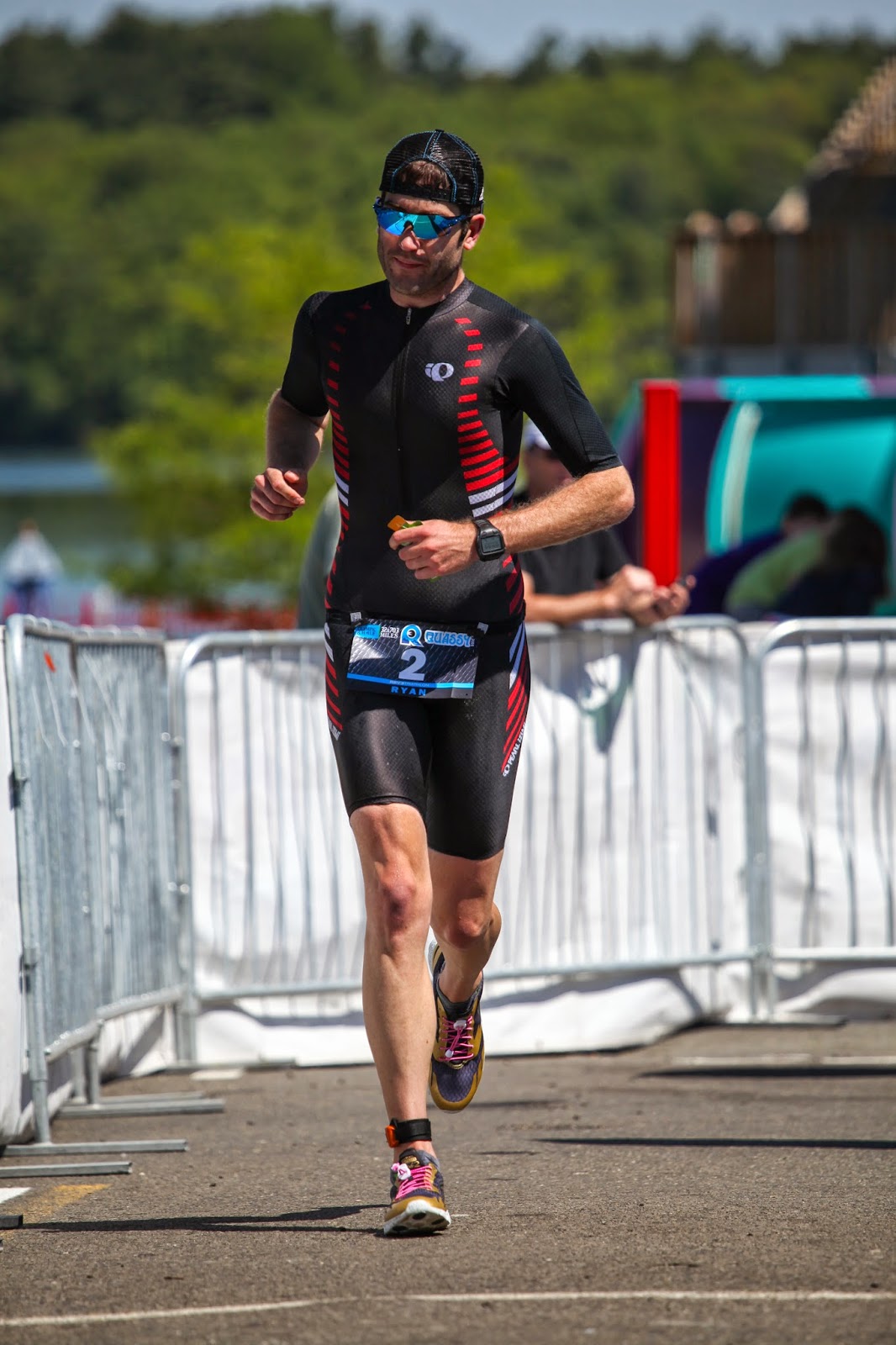 I received these shoes on a Wednesday. That following weekend, I went down to Connecticut to tackle the Revolution at Rev3 Quassy, where I would be racing an Olympic on Saturday and a Half on Sunday.

I had made the decision that Saturday was my "race" day. My Fastwitch's were somewhere in my storage unit (I had just moved back from VA to ME), and I figured what better way to give a shoe a test than to slap 'em on and go racin'.

You put the shoe on and immediately notice...nothing. This is the best compliment you can give a shoe, in my opinion. The last thing you ever want to do when running is be worried about something on your feet. I slipped them on and just felt like the shoe and my foot were united in their job to propel me from Point A to Point B as quickly as my body could go.

Starting to stride, the shoe has a very snappy feel to it. You're going from impact to toe-off in a smooth, quick fashion. It wants to get up and play. That being said, it is incredibly well-cushioned. It felt as soft as some of my daily trainers in a much, much lighter package.

The mid foot shank works. As I started to fatigue, I could feel the shoe helping provide a stable platform for my foot to land on. It's secure and just lets you focus on turnover, breathing, and nutrition. In other words, again: you're not thinking about the shoe on your foot.

I crossed the finish line Saturday and faced a dilemma: the Speed felt so damn good, would I wear it again tomorrow on thrashed legs? For a half?

And what do you know, it felt even better than the day before. The cushioning is incredible for a lightweight flat. It's the fastest I've ever run the half course at Quassy, and I can honestly say I ran every step of that run course for the first time. The shoe helped. It just let me go.

Would I wear this for a marathon? I was scheduled to find out the day that I broke my spine. I would guess that it would be close for me, personally, especially coming off the bike. But I can't honestly answer that question yet.

In sum, this shoe supplanted the Fastwitch as my go-to race flat. Of all of the things I'm looking forward to in my recovery, slapping these bad boys on for another race is towards the top of the list.